Well that link explains it, you do have a Travel Edition hence the ME maps. The CN EU 2022.20 NTU is the latest EU map so you shouldn't even be being offered the 2022.10 version
Top

How is Basecamp showing City Navigator Europe NTU 2022.2
and is it possible to remove the Middle East and Africa maps from the device
Regards,
Top

BaseCamp will show and use the maps you have in Garmin. When Garmin is connected to the laptop or a PC, you can click on the "Maps" tab in BC and chose maps you need. If you planning the route in EU, than click on CN Euro maps.
As for deleting ME maps... You can uncheck them so Garmin will threat them as none-exist... but, I don't know how you can completely delete them. Unless maybe if connecting to a computer and delete the directory.
I'd leave them there. Who knows, maybe you'll go riding in Morocco. (or Israel, etc.).
Top

Thank you all guys. I have also brought it to the intention of Garmin Support.
Top

And this Zumo seems particulary :
- not possible to change the screen homepage with Logo LOUIS ;
- the cards are only loaded in Base Camp when Zumo is connected or when load virtual disk-image from Zumo with Disk Utility (Mac) ;
- not possible to read .jpeg like my older Zumo 550...
- II was able to install on the Zumo and after formatting a µSD SD SDHC Scandisk Extrem of 64 GB, class 10, the entire map of Europe, Garmin North Africa and the Freizetkart and OSM maps of France and Italy using Map. 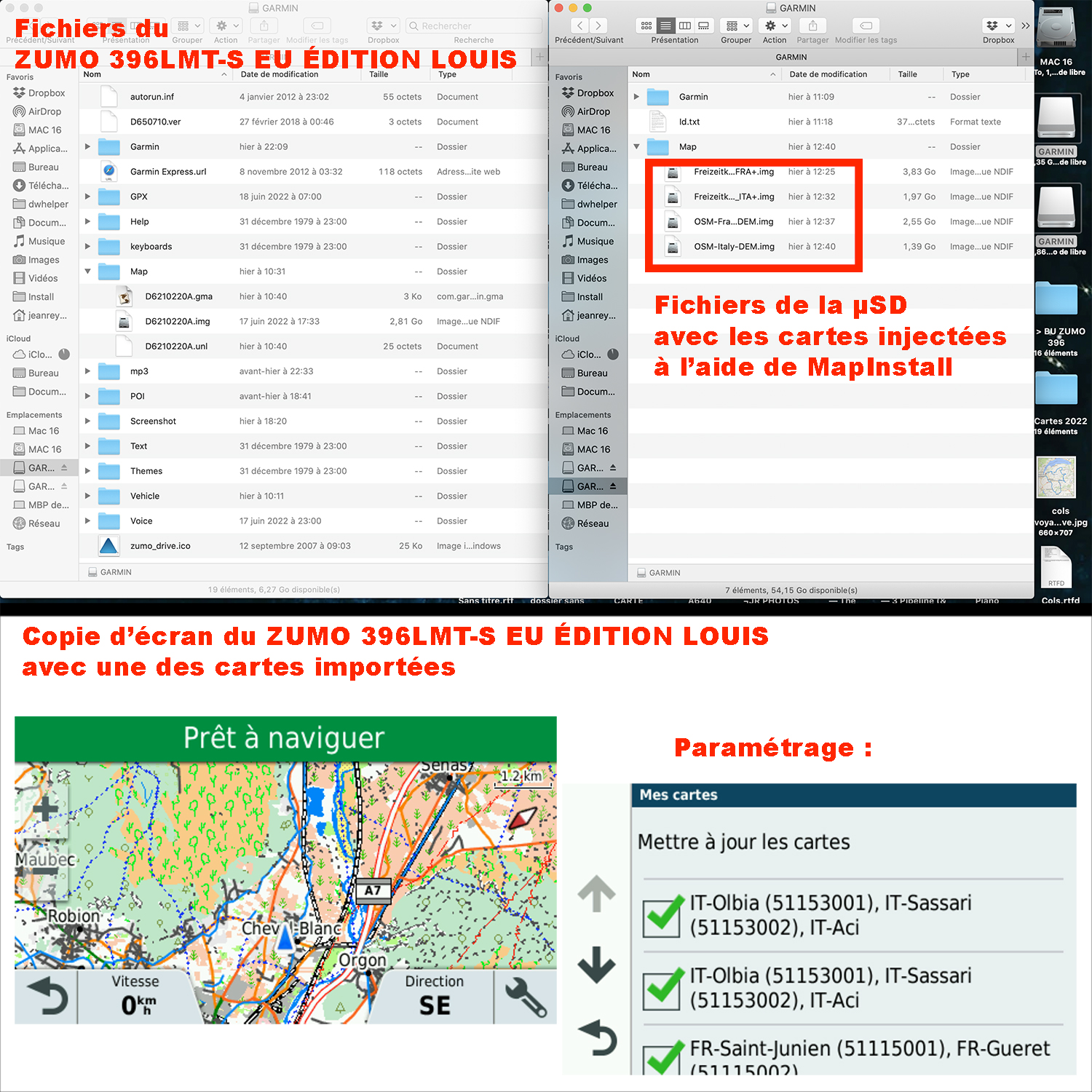 - To say again that I had trouble formatting the µSD so that it appears on the Mac and also in the Zumo ; I may not have understood everything! But now everything seems to be working fine...

NB : Never in the French instructions, manuals, or in the sales descriptions it is called "Travel Edition".
Top
15 posts