Having Garmin zumo XT problems? there is loads of help and advice in this forum
8 posts • Page 1 of 1

Hello everyone, I found some maps based on Open Street Map, called Freitzekarte, navigable and very detailed, including elevation profiles. I would like to install them on my Zumo and, living near the border between Italy and France, I downloaded the maps of the two countries and merged them with "OSM combiner", as I did for the standard Open Street Maps. The resulting file, however, measures 5.6 GB, which is too large for the Fat32 file system of the SD card, which only supports files up to 4 Gb. I then tried to install the two maps of Italy and France separately, renaming them gmapsupp0 and gmapsupp1 and putting them both in the Garmin folder of my SD card. In this way, however, the Zumo displays only one. Does anyone of the more experienced know if there is a method to load multiple .img maps on the same SD card? Thank you
Top

I'm surprised both maps don't show if they are both selected, maybe a bug in the XT although there are indications Garmin are clamping down on the use of OSM mapping and this may be part of that.

There is though an option to install those maps to your PC for Basecamp to use and you can then install the portion you want to your device.
Top

Thanks for the reply. If you mean using Map Install, I'm trying right now. I had never tried it before and if it works it seems like a nice system. I will let you know. Hello and thanks again
Top

Update: I tried to install a small portion of the Union of maps of Italy and France, so as not to exceed a file size of 3.5 GB, using MapInstall. All good the process, but eventually a strange message appeared on the monitor like: "Map file generated successfully. The file is 3.5 GB in size. There is 31.8 GB on the media. Please choose a smaller portion and try again." How? 3.5> 31.8? It must be wrong. I try again with an even smaller portion than the previous one, same final message. Mysteries of technology.
Top

If you need only the region around the border of Italy and France, just install the 'Alps'-card of OSM Freizeitkarte - it's about 2GB... 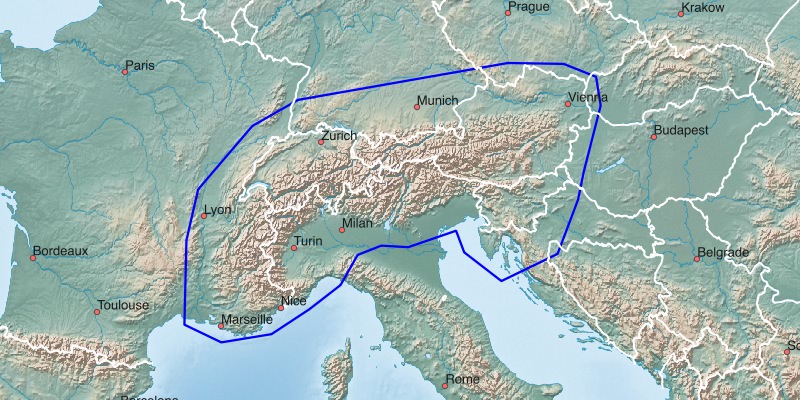 Woha, thank you so much

Yes, in fact, the best would be to be able to install the two full maps of Italy and France at the same time, because on some occasions I could make longer trips, but this alpine area already covers most of the one or two day travel areas. In the meantime, I'll try to figure out how to have both.
Top
8 posts • Page 1 of 1